There was a lot going on at the end of October, so blog posts didn’t happen. Let’s start by catching up…

Our family had a big loss with the sudden passing of my uncle. I will so miss him at family gatherings, he had a quiet wit that would catch people off-guard and make them burst out laughing. <3 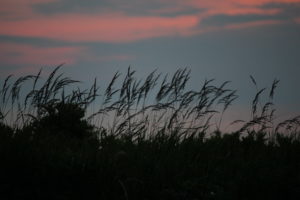 Finn battled his first big illness, nasty cold/croup and mild bacterial infection inflaming his throat and ears a little. He was utterly exhausted for the better part of a week, sleeping 14 hours at night and barely staying away for a full hour between naps during the day. He had a fever for four days, and a cough that lingered for a long time because of all the excess mucus.

And the last big October news was that I got a new job. Something of a promotion, my boss left his post in the early summer, and I applied and was chosen for the position just before my maternity leave ended. So when I returned to work on November 6th, it was in that role. It feels good to be back, and to be spending larger portions of my day talking to grown-ups again!

Here are a few pictures from October:

And now, this month…

Finn immediately followed up his first big illness with his second. And third. All-in-all, our poor boy has had a cold, croup, RSV, and pink eye. Oh, and Thea got pink eye a full two weeks later. Yuuuup, it’s been exactly as fun as it sounds. Finn’s got another cold now, but at least everyone’s finally done with medications and follow-up appointments.

Right at the start of the month, I had the absolute pleasure of going to a fundraiser for the Calgary Women’s Emergency Shelter called “Witches Night Out“. It was so much fun, and the costumes were unreal, no two were the same. Definitely planning to go again next year!

Our baby boy turned one! We had a small party for him the weekend before, and then on his birthday we took him out for waffles. He’s had a great month full of his friends, family, and cake. When Thea turned one, I made up a little questionnaire for myself about her first year. I modified some of the questions for Finn with the intention of posting it on his birthday. But, I mean, he’s the second child, so obviously that didn’t happen. I’ll slap it at the bottom of this post instead. 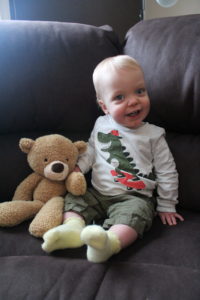 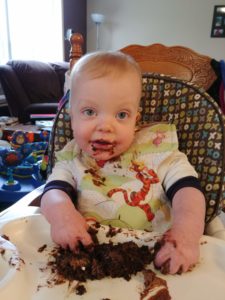 Aaand then the day after Finn’s birthday, my car got rear-ended. Long story short, the kids and I were/are 100% fine, but the car was a write off. We spent the last week looking at new and used compact SUVs and just last night bought a 2017 Kia Sportage LX!

Amanda Lesley Photography snapped the cover photo for this post, as well as the below ones. She managed to get a few really sweet ones, impressive considering how windy and chilly it was, and how quickly both kids were “done” with the whole experience.

That was some of the highlights, though I have a cold of my own and am a big foggy, so I might’ve missed some. Now, as promised, a little more on the birthday boy… 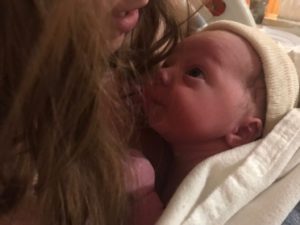 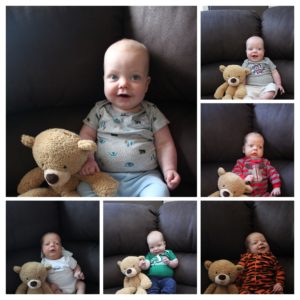 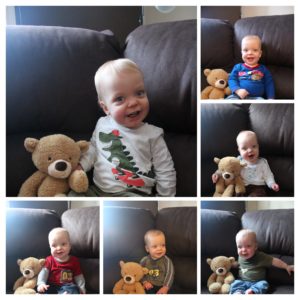 Finn is the exact same height that his sister was at this age, and three pounds heavier. His head has been off-the-charts big since birth, and nothing has changed there (lol). He loves playing peek-a-boo and catch, and flying around the house like an airplane. His favourite toys are balls of any size, his tractor that rolls across the floor to the tune of “Old McDonald”, and whatever Thea is showing interest in at any given moment.

Question: What is his favourite food? Answer: Yes. He loves to eat ALL THE THINGS. He is quickly becoming legendary for his “Finn-lean” that appears when he is settling into a food-coma but isn’t ready to stop yet. Thea was well over two years old before we started ordering her a meal of her own when we went out to a restaurant, but Finn has been polishing off his own kids’ meals for a few months now. 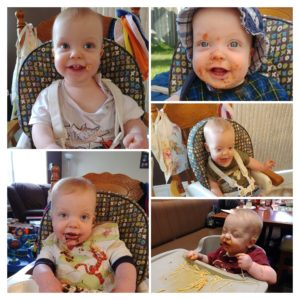 Thing Luke worried about when I was pregnant that turned out to be a non-issue: “What will we do when one cries at night and wakes up the other one?!” That literally hasn’t happened once. Some mornings, Thea has commented that she heard Finn when he cried, but she just rolled over and went back to sleep. Likewise, Finn’s never woken up on the occasional nights when Thea has to make a midnight trip to the bathroom that separates their bedrooms. I’ve probably just jinxed it though, so wish me luck tonight!

Thing with which I had the biggest love/hate relationship: Cuddle naps. That’s the same answer I gave for Thea, but I have different reasons this time around. During my first maternity leave, I loathed being pinned to the couch by a snoozing baby for large swaths of time. This time, perhaps because he was my last baby, I actually embraced the snuggles. The vast majority of the time, I didn’t mind that he only wanted me. But the “hate” part of the relationship came when my first baby wanted me too. When she wanted me to hold her or play with her, that’s when a not-small part of me hated that I had someone else in my arms physically separating us. That said, now that Finn is a champion crib-napper, he rarely even lays his head on my chest anymore, and sometimes I still miss the closeness. 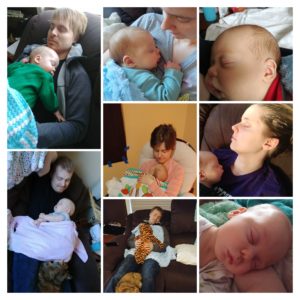 Thing that surprised us the most/least: Thea’s reaction to her baby brother was both completely surprising and not at all surprising. She was amazing from day 1. We had no reason to think she would be jealous or otherwise bothered, except that’s what we’d been warned to expect. Maybe it’s the fact that she is a full three years older than Finn, but she always seemed to understand that he needed a chunk of our attention and she never held it against him. She has never lashed out at her baby brother and has been consistently gentle and thoughtful. I know this post is about Finn, but I just had to gush about his big sister a little. 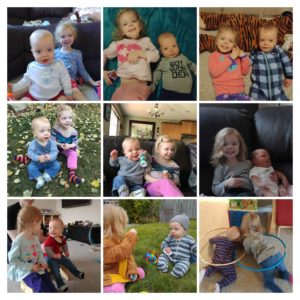 Biggest “Mom Fail”: I caught Finn’s skin in the clip of a high chair a month or so ago. His tears only lasted a minute, but he had a mark on his belly for a few weeks afterwards, and it broke my heart every time I saw it.

Biggest “Mom Win”: Sleep training. Like I said, I embraced the cuddle naps for a long time, but around six months it was time to transition to the crib. We started with a tiny amount of cry-it-out, five minutes at a time, then a comfort snuggle, and repeat. By the second day, he was fully transitioned and napping soundly in the crib in less than five minutes. And a similar effort overnight has had him sleeping through the night since he was nine months old.

Thing that we thought we needed but didn’t use: Pacifiers. Thea was all about the soother for the first two years of her life, so we had them fully stocked up and ready to go for Finn. Tried offering them to Finn a handful of times when he was especially fussy, but he was never interested. Not a bad thing, just a surprise.

Thing I didn’t use for my firstborn but would recommend to every second-time parent: Carriers and swings got a lot more use the second time around, kept me more mobile and able to care for and play with Thea.

Things that make him happiest: Thea. Gemini. Being an airplane. Holding our hands and walking around. Hats. 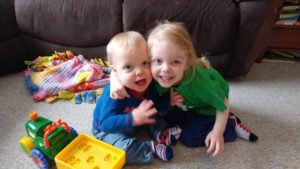 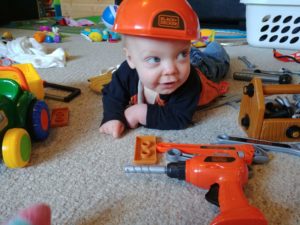 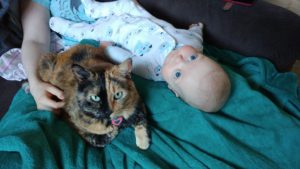