Thea turned 4! That excitement was covered in this post. 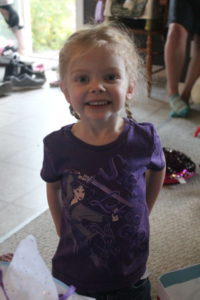 I turned 30! I relaxed at home during the day, went for sushi in the evening, and was thrown the perfect party on the weekend. 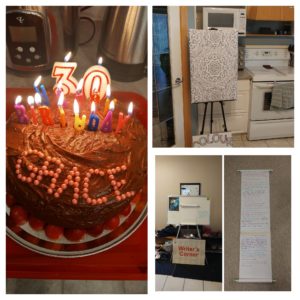 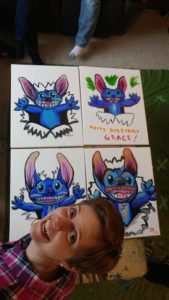 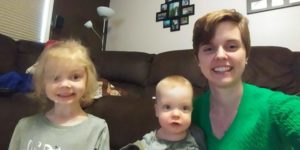 Luke turned 31! We got Timmies for lunch and ordered in pizza for supper. Very low-key compared to the other celebrations, which is exactly the way Luke likes it.

Also, one nephew turned 5 and another turned 0! And the entire extended family swore a blood oath to have no more children in September. We’re quite simply running out of days in the month. 😉

All the parties made for lots of family time, including not one, but TWO visits from Gramma, out from Saskatchewan.

Finn continues to be a rock star overnight, sleeping 12-13 hours every single night. This is especially impressive considering he popped two more teeth in the last week, and had a cold for almost half the month.

I reconnected with my creative side a bit, using the art easel and supplies that Luke gave me last year to paint his birthday gift, and spending time on my birthday sketching out a picture of my favourite girl. 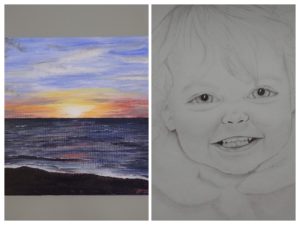 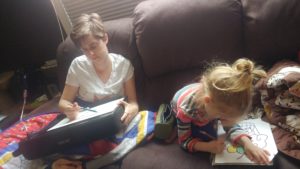 Seriously though, there is progress to report on Finn’s eating – He actually feeds himself now! For those who didn’t know, Finn ate like an aristocrat of the worst kind, simply demanding loudly to be fed by his lowly servant (me). He didn’t put food (or much of anything else) in his mouth, ever. This week, he’s just started trying to feed himself at every meal, finally. He needs more practice before he’ll get the hang of anything like a pincer grip, but at least he is practicing now.

Thea was beaming from ear-to-ear after her first dance class, and I was visibly thrilled, which led to this classic moment:
Luke: You sure make your Mum happy, Thea.
Thea: Why?
Grace: Because you feeling happy makes me feel happy, and dancing really seems to ma-
Thea: I have boogers in my nose!
Grace: *laughs so hard she literally falls over*
Dancer or not, she’s still definitely 4. >< 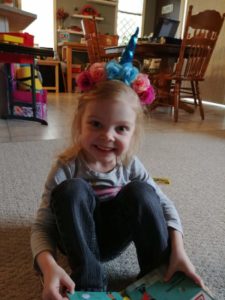 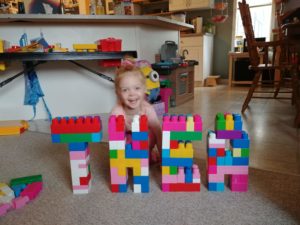 Thea had been resisting going to Daycare for a few weeks, even crying at drop-off a couple times, which was very unusual. We narrowed it down to the fact she didn’t like that she was required to nap (or at least lay down) at Daycare even though she hasn’t napped at home in a year, and some of her friends had recently moved to other rooms. I emailed in our concerns and within an hour we had a response indicating they could move her to a new non-napping room where some of her old friends would also be found. Love that place. She is much happier now, especially since on the second day they got to bring a stuffie and watch a movie in their pajamas in the new room.

Last Finn-gush – He now plays peekaboo. As in, he hides his face behind something, then peeks out with a giant grin on his face before hiding again. The best. 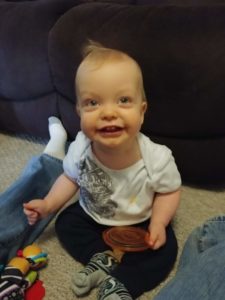 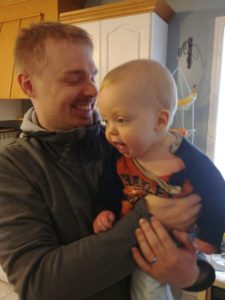 Gemini had her annual check-up, she’s doing great for an old lady. 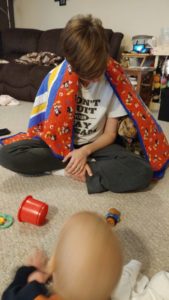 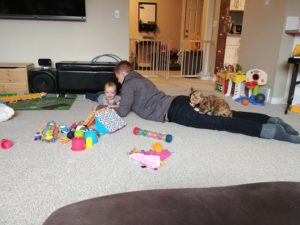 Today, we went to Vet-U-Can at the University of Calgary’s Spy Hill Campus. Vet-student-Auntie toured us around all the cool stations and hands-on activities. It was a lot of fun and very family-friendly. It’s on again tomorrow if you are in the area! 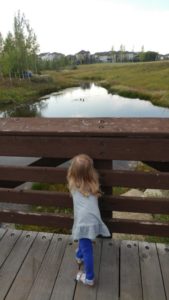 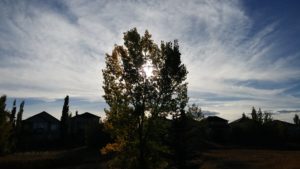 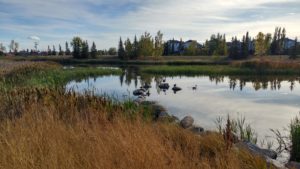 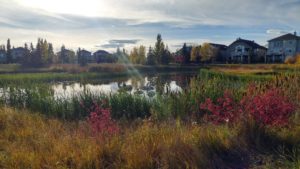 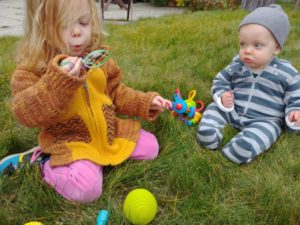